"There isn't any symbolism. The sea is the sea. The old man is the old man." - Ernest Hemingway

In my studies of the homo sapien, I have come across a particular pattern which I personally find intriguing. It would seem that homo sapiens everywhere are bound by a peculiar set of symbols. It doesn't matter what country the homo sapien resides or to what belief system the homo sapien adheres. Every single one, male and female alike, respects and holds dear these images which in turn mean something other than what those images actually are. 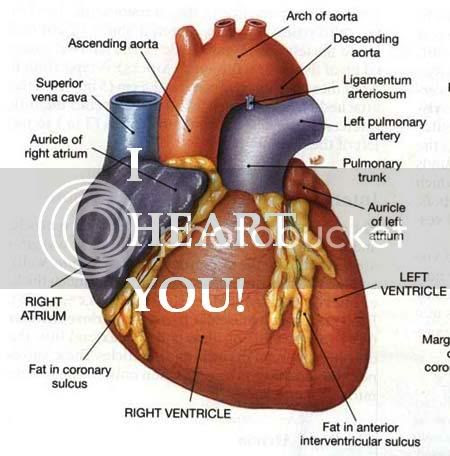 For example, if you were to draw a heart on a piece of paper and hand it to your human pet, the first response is bound to be, "Aww!" It stirs up images of love and romance. It makes the homo sapien's knees buckle and her heart to race. But why? Forget the fact that it doesn't even remotely resemble the heart that resides in a homo sapien's chest. If you were to show me a picture of a heart, I'd probably yawn, scratch my ear, and then return to my exotic lifestyle of being awake for all of six hours and sleeping the other eighteen away. Did these homo sapiens not consider any other shapes? What of the parallelogram or the hexagon? Did they even ask the rhombus? Apparently, these shapes were just not as cool as the heart with its symmetry and contoured lines.
What metal is deemed more worthy than all the others to represent "the best of the best"? Gold! Every four years the humans hold a special ceremony known as The Olympics to commemorate their athletic excellence, and the winners all receive beautiful gold medals. Surely, platinum cried on the day the homo sapiens declared gold the best metal of all metals. Perhaps platinum said, "But I last longer! I do not tarnish or bend or break as easily as gold!" Platinum's woes were dismissed though so that gold could forever be the epitome of the word first. I can only imagine how terribly depressed and rejected silver and bronze must have felt when they heard the news that they were "almost good enough" to be first, "but not quite". 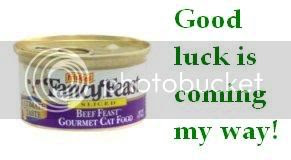 On special occasions, even homo sapiens' food takes on significance. Pineapples used to be thought of as something only royalty were worthy enough to receive. Noodles in China are seen as a symbol for longevity, and a fish served completely whole is a sign of prosperity. Hindus and Buddhists offer food on their altars as a way to provide sustenance to those passed on to the afterlife. On Rosh Hashanah, the Jewish New Year, apples are dipped into honey to bring sweetness in the coming year. I'm sorry, homo sapiens, but if you serve me wet food, dry food, cooked beef, or even sardines, I don't instantly think I'm coming into money, going to have good luck, or even that I'm royalty. I'm just going to eat it, and I'll probably complain that I didn't have enough. Let's not neglect to mention the large amount of flatulence I'll have!

The one which I find perhaps the most interesting, absolutely all four paws down, has got to be the symbols homo sapiens use to state they are mated to other homo sapiens. Sure, wolves mate for life, but we don't see them running around with little wedding bands around their toes. (I'm sure it would make for very difficult hunting, and let's not forget that sizing would be difficult.) Everything from lighting the unity candle, exchanging arras, purchasing matching wedding bands, or even the great symbol of Shuangxi in Chinese to indicate "double happiness": why, why, why? If you love someone, homo sapiens, isn't it enough to live your life as a tribute to your mate? I know that when I find the one I am meant to love, I will sleep, eat, and use the litter box every day to honor the special female feline. It's the least I could do.

Well, Zues, you've got me stumped. Why to people do what they do? I know, when I get married, I'm gonna make sure hubby wears his ring so that those other women know HE'S MINE. :)

The Meezers or Billy said...

zeus, our mommy and daddy don't wear those ring thingies. they said they've been married 20 years, efurryone knows they're married. asides, daddy is 'llergic to most metals and mommy has to take her rings off all the time for werk so that she doesn't get hurted. so they just wear them on speshul occasions. sometimes.

Our mommy wears dachsie fur on all of her clothes so other dogs know she is ours! She used to have one of those ringie thingies before we came along but she put it in a box. She takes it out about once a year to decide if she wants to make it into something "useful" but decides she needs to play with us instead of wasting time on stuff like that.

Zeus, you are a romantic!

Wow Zeus.....you are WAY smart. I love everyone in my house just the same. Well, maybe I love Kaze a little more than the rest. You're right though, why do the homo sapiens need rituals and symbols? Don't they have enough things to worry about? Especially since they don't feed us nearly often enough!!

Zeus, I think you're working too hard on understanding your human pet. You must accept her as mere human and try not to cat-ify her more feline qualities. She's just a human.
My woman is putting a symbol on her 4-wheeled monster:
>^..^<
She said it symbolizes being a cat blogger. Pull-eeze.

The only fing I want my Momma to have is me.

Zeus you are one furry smart poodin! Looks like you had some fun with Princess Mia beans!

Zeus...from what I understand, The Rhombus was originally considered a very strong contender to be the official symbol of love, but its raging flatulence made them send it packing!

But let's not waste time here: Is this your way of telling me you won't be buying me a ring as a token of your love?

You've raised some interesting points to ponder, my friend.

As for me, as long as I have food, water, a clean litterbox, a window to look out and a soft place to nap, I don't care what strange rituals the humans do!

When I got married to Michael and Michele, my human mates, we didn't exchange rings, but we did share catnip.

Yes, me have seen this practice of placing food at the altars... and then they give me nothing! How rude? Me don't understand a lot of what they do. But me do feel sad for gold... sometimes, me parents eat it! They sprinkle it on some foods or mix it in their drinks! Of course, me gets none of that too :(

hahaha c'mon zeus... not that i'm into that symbolism thing, but you look like the type of feline who would like to wear matching collars with your other-half.

It is furry true, Zeus. Beans have weirdest rituals. Like... wazzup wif marriage? Why does one bean long to be married to another bean? Wat does it achieve?

Are you picking on me because it's my anniversary and I want an anniversary ring made of GOLD or at least a heart shaped pendant to wear around my neck????

Are ya doing nip when you write these intensely theological ponderings Zeusie?

As usual, you bring about some thought provoking ideas. I can just imagine you lying awake at night pondering the meaning of life. hehehe.

My Zeus, you do know to go on. What happened to the nice things of life, like eating and sleeping and getting scritches. We aren't homo sapiens so we don't have to worry about all that. Just go back and sleep with Isis.

Zues, you are a very deep thinking kitty. - Sia

Woah...I'm writing about cat grass and you have such profound thoughts! You have inspired me to comtemplate life and love. But first, a nap. ZZZZZZ....

awww, Zeus, you are such a romantic! and btw, omg, did you see what Kukka said?!

you is furry ub-serv-ent Zeus, an so now we finks we might haf a problum. our Lady isn't into sim-bull-is-im an she thinks ser-i-mo-nees are meaningless. she finks food is fur eatin an is nuffin speshul an plus she doesn't use it ta celebrate anyfing. so now we's worried cause we's thinkin maybe she's not a human, an if she's not a human THEN WHAT IS SHE? do you fink we's safe here?

I know you weren't picking on me personally Zeus...just my species. hee hee

BTW: I didn't get any of that stuff.

Zeus, me lucky kitty-cat. My simians use food for symbols, give good food when party is up. If there is no big party they often find a reason to party, so there's yum-yummy goodies in my bowl anyway. Teach your simian to do that too...